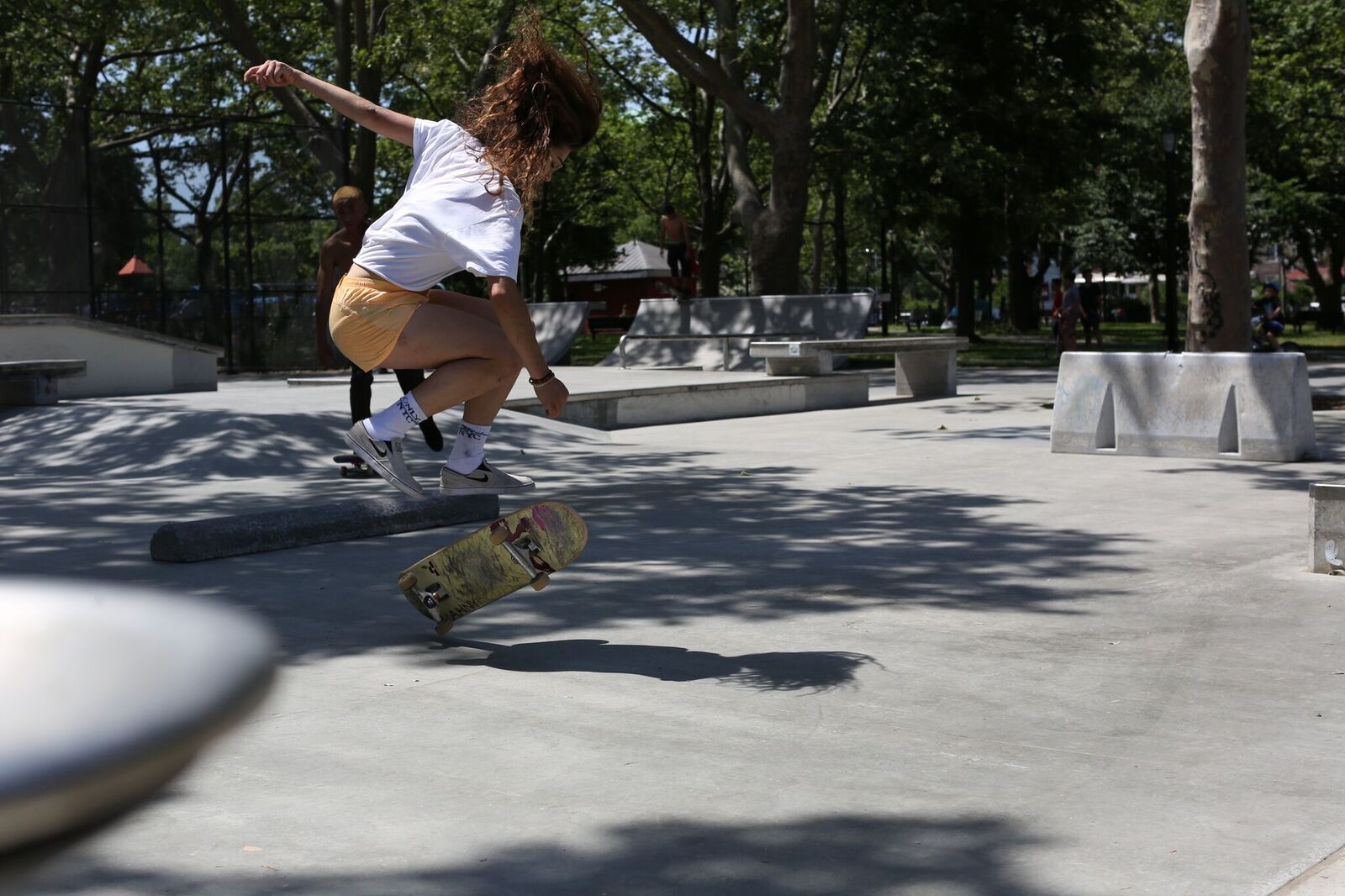 Your weekend breakfast is saved! Here’s a great read to go with your morning coffee. Our good friend Camila-Catalina Fernandez met up with director of Skate Kitchen, Crystal Moselle, for an interview at Stockholm Film Festival. Skate Kitchen will be shown at Bio Rio in Stockholm, December 13. Sign up and read more about the event here!

If you haven’t been following the Skate Kitchen on Instagram go and do it now. That way you won’t miss out on solid skateboard tricks, stylish sesh videos and loveable personalities. But if you’re like me and decided to shut down your various social media accounts due to SoMe anxiety™, don’t worry! You can still get a bunch of skate inspo from Crystal Moselle’s latest feature film Skate Kitchen.

The film is about the lonely teenager Camille who loves skating but doesn’t have anyone in her suburb to do it with. She spends her days training on tricks and scrolling through the feeds on her phone, all alone. Through the power of social media, she connects with a group of girl skateboarders in New York City and when she meets them, a whole new world filled with friendships, parties, love, drama — and of course skateboarding, opens up to her. It’s a coming-of-age story in the skate-friendly streets of New York which takes the audience on a millennial trip on sketchy and glitter-infused wheels.

I met the director Crystal Moselle during the Stockholm Film Festival for a quick chat about female skateboarding, style and being yourself. 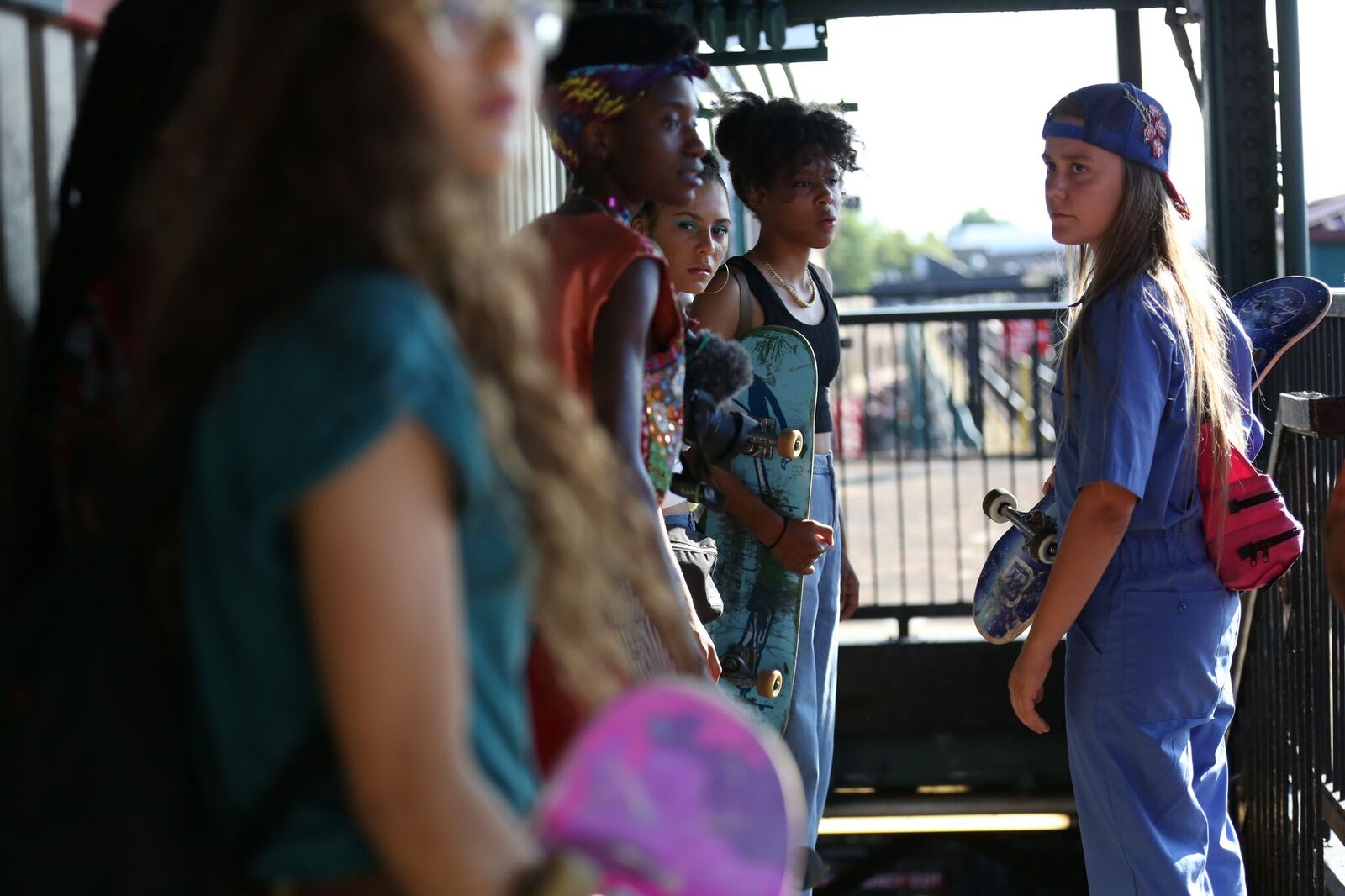 How did the idea for this film come about, were you following their Instagram before you made the film?

No, they didn’t have an Instagram before they met me. I met them on the train and we made the short film and from there Nina (Moran) kind of curated the group of girls to make the film and then they created the (instagram) Skate Kitchen from there. It was a name that Rachelle (Vinberg) came up with.

Was that the short film you did for Miu Miu?

So what happened when you saw them on the train?

I mean like…Nina was the one that intrigued me. She had this…she’s so charismatic and I was like “Who…who is this girl? Oh, she has a skateboard, that’s kind of cool and cute” but like, looking back now when I was growing up I hung out with a lot of skateboard boys but there were only a few girls and that was like for me…like hanging out with them I realized that they were very serious about it. It wasn’t just like this thing where they’re like holding a skateboard to be cool. They really were into this.

Did you know anything about skateboarding before this film, where you a skater yourself?

No I mean like, I hung out with a lot of skateboard dudes my entire life, like I grew up in the Bay area, knew a lot of pro skateboarders. I would hang out with them in San Francisco and in New York. I was really good friends with Harold Hunter and Todd Jordan. But then…I dated a skateboard dude for many years and I was like super burned out by it, so I was like “I’m never hanging out with skateboarders ever again in my life”. So it was refreshing to meet these girls and be like “oh, this is a totally different perspective on something that I know pretty well about”.

I just think…women skateboarders, they’re the minority, so when they’re coming into that world, their perspective is that it’s a little more intimidating, it takes probably a little bit longer to step onto the park or whatever it is. So… they are not mainstream. I mean male skateboarding is mainstream. Females are not. So, it’s different in their pioneering, it’s more difficult for them, there are more eyes on them. It’s more difficult I guess.

I feel like you depicted that really well. I started skating a year ago.

No, but like they’re always saying that, it’s never too late.

Yeah, it’s never too late. Like, my first time in the skate park there were two other women there, one was a woman who started skating at 48 years old.

I know, and these two women they immediately saw me and grabbed me.

Yeah! That is a huge difference, is that it is very inviting, it’s kind of like girls helping other girls out. 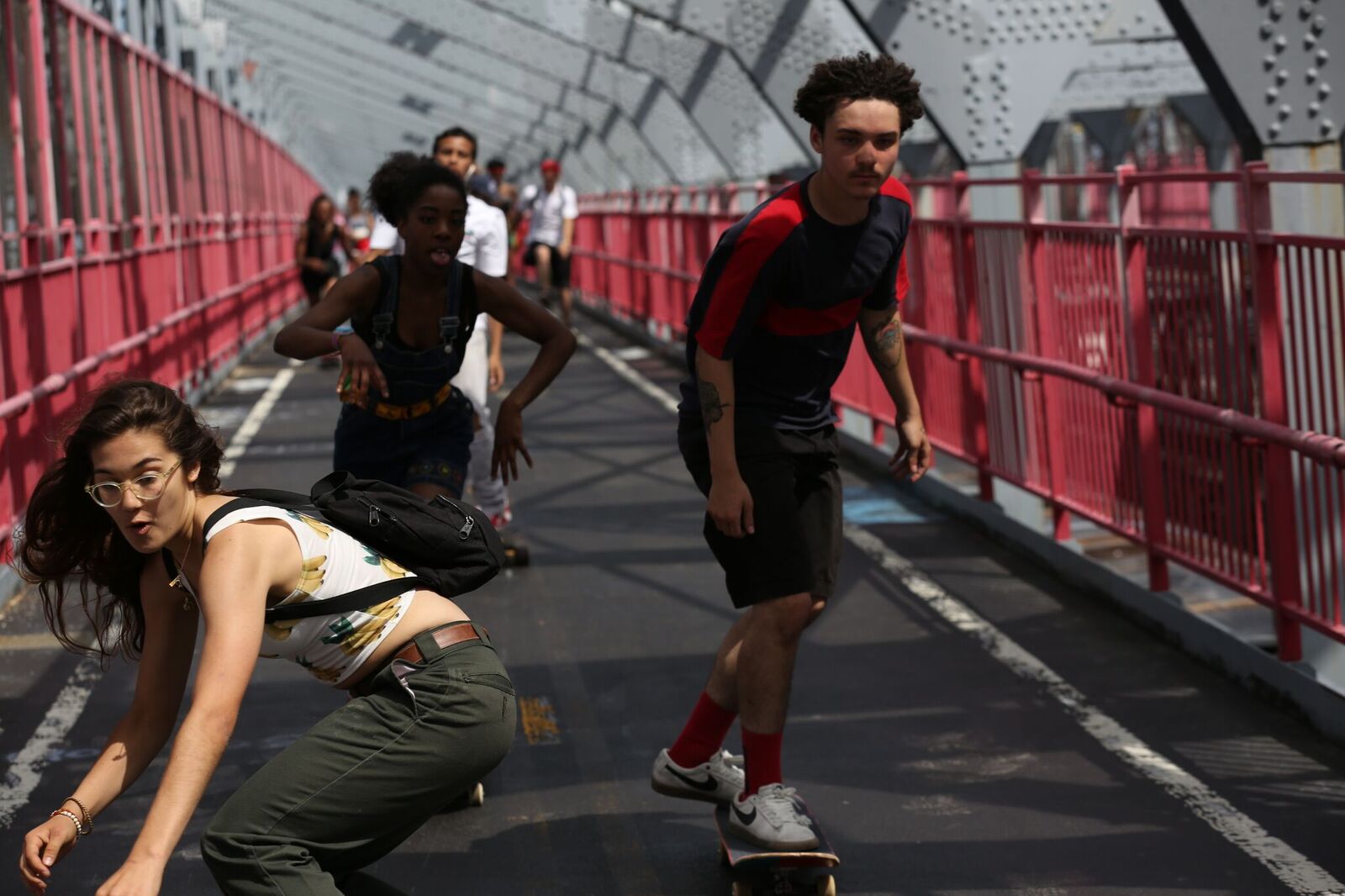 One thing that made the film so visually enchanting were the clothes that the girls were wearing and just the style of it all. Did you come up with it?

That’s how they dress. Have you gone on their Instagram? That’s them. If anything, we had to tone stuff down.

The millennial style. I feel like in the skate world there’s such a huge connection to fashion and style today.

Well, I think that a big thing in the past was that there wasn’t as much femininity with female skateboarders. And I see this as a female director as well, you’re kind of… I always had this feeling that I had to be more androgynous on set or whatever but then I realized no, just be yourself. I think that’s the big difference in their perspective right now, they just want to be themselves. They don’t have to dress as these stereotypes.

Skateboarding today is everywhere in popular culture. Why do you think it’s so big right now?

I think right now, it’s happening in so many different ways, it’s like this collective unconsciousness because everybody is doing these things that they’re not realizing and it’s in everything.

After making the film, did you get an appetite to start skating yourself?

I skate a little bit. Like I can’t do tricks, but I cruise.

Thank you so much!