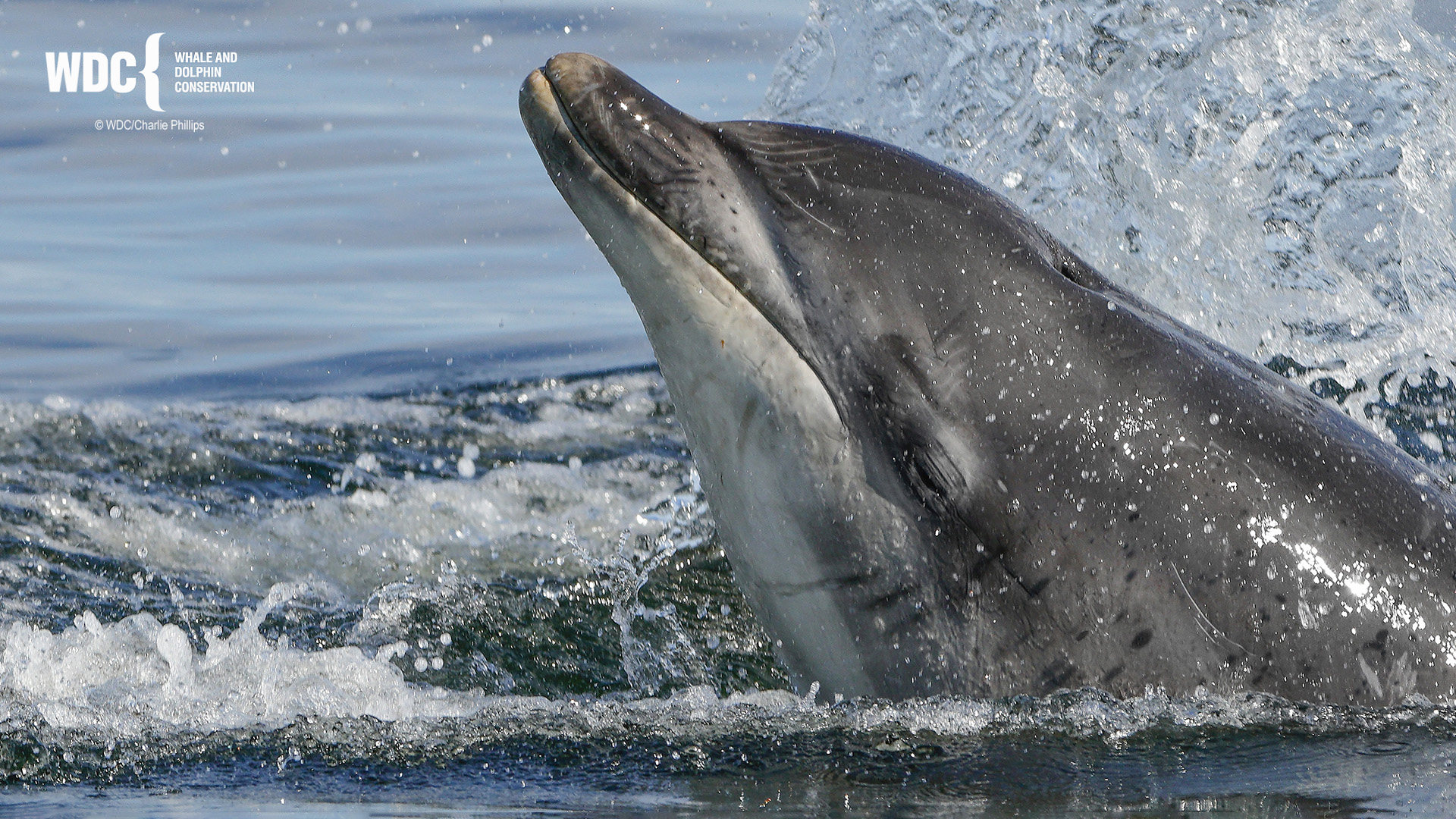 In The Company of Dolphins

Charlie Phillips here, I’m the adopt a dolphin field officer for WDC, Whale and Dolphin Conservation, and I think that I have one of the best jobs in the world on the north east coast of Scotland near Inverness. It’s a really lovely place and so is my ‘office’, a peninsula called Chanonry Point where, for over 20 years, I have been watching, studying, photographing and filming the wonderful population of resident bottlenose dolphins (tursiops truncatus).

There are around 42 different dolphin species known at the moment, found all over the globe and the Moray Firth and North-East coast of Scotland is home to around 200 resident bottlenose dolphins. I spend my working days monitoring these dolphins and can recognise them through their very individual dorsal fins – a technique called mark recapture.  These dolphins are also highly individual in nature. They have very distinct characters that you get to know when you study them for an extended period. For example, one dolphin I am lucky to have named after me, Charlie, is a young and boisterous male dolphin who loves to race around with his two friends, Lunar and Flake, and show off in front of the ladies!

The work that I do for WDC is to follow the lives of four individuals, Rainbow, Indigo, Spirit and Charlie, who you can adopt. WDC’s dolphin adoptions help to support the amazing work that is done to protect these intelligent creatures from the threats they face everyday, like hunting and accidental entanglement in fishing gear.  It might sound very romantic, studying dolphins for a living – but up here in northern Scotland it can be hard, arduous work, especially in the winter when the weather is challenging, and the dolphins are farther out to sea hunting winter prey like herring.

I am lucky enough to work in an area where I can just stand on the shore and see the dolphins a few metres out. You will see me throughout the year maybe standing at Chanonry Point with my camera and tripod getting pictures and observing their behaviour as they move in and out of the area. But if I am lucky enough to get out on a boat in good weather, then I can get a much closer look at these remarkable creatures.

Although I have been doing this for a long time now, I still feel my heart rate increasing whenever I see a dorsal fin, and I never get tired of seeing them – I just love being in the company of these wild, free dolphins…the way they all should be.

Dolphins face many dangers. Their biggest threat is entanglement in fishing gear (or bycatch), which kills hundreds of thousands of dolphins, porpoises and whales every year. Dolphins also face hunting, habitat loss due to human activity such as exploration for oil and gas, noise from shipping, military exercises and construction, food depletion through our overfishing, and capture for the captivity industry. Climate change and pollution are also major threats to their survival. Some critically endangered species have so few individuals left that they are facing extinction.

To find out more about WDC or how to adopt a dolphin visit whales.org/adopt or support this amazing charity by buying your own Tursiops sunglasses, named after the bottlenose dolphins WDC helps to protect  – 100% of profits will be donated to WDC.

We keep the planet and your inbox safe from trash. Sign up for our newsletter and get 10% off your first purchase!

Have a look at this!